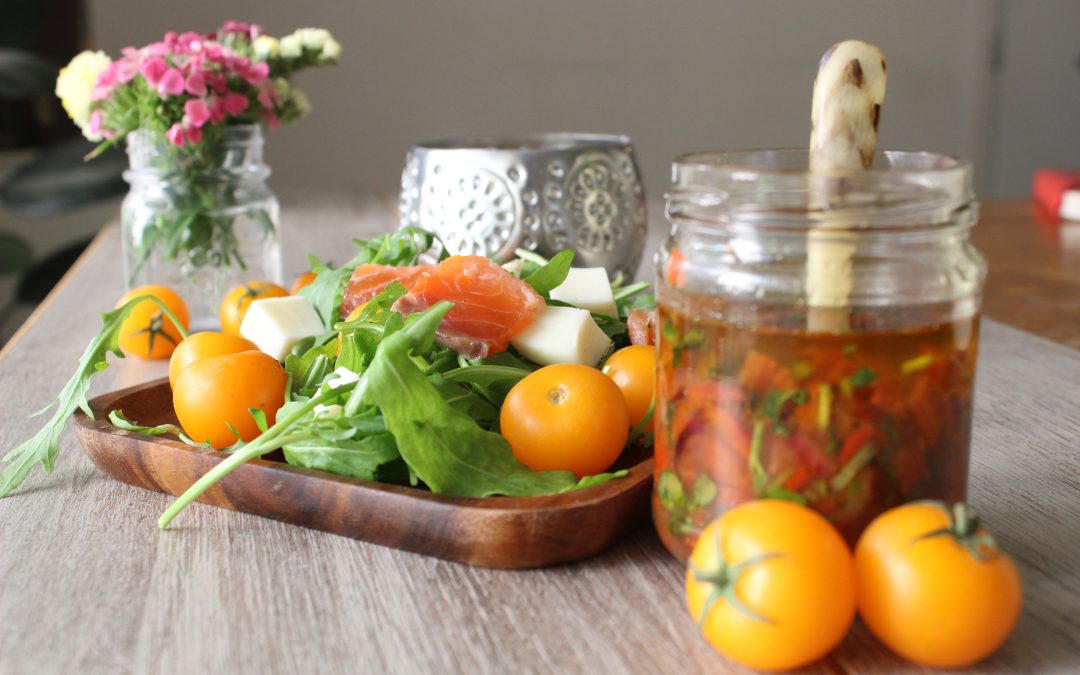 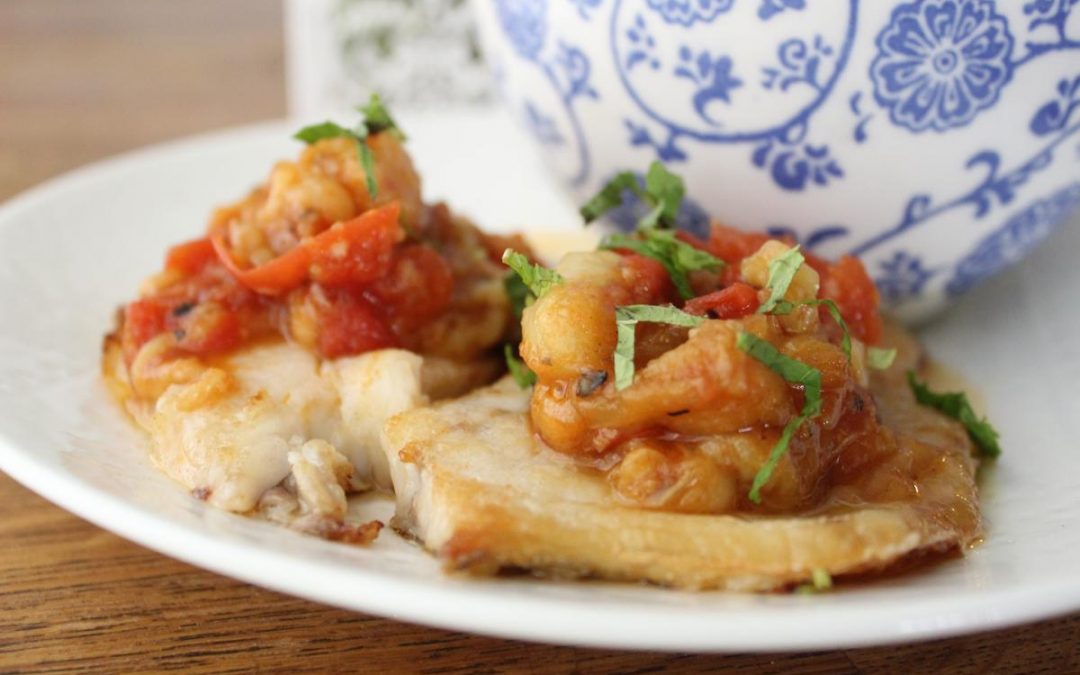 I love the natural smokiness of the eggplant. You could also cook it in your oven on broil but it won’t taste nearly as good. I think it is worth making your stove top a bit ashy for! 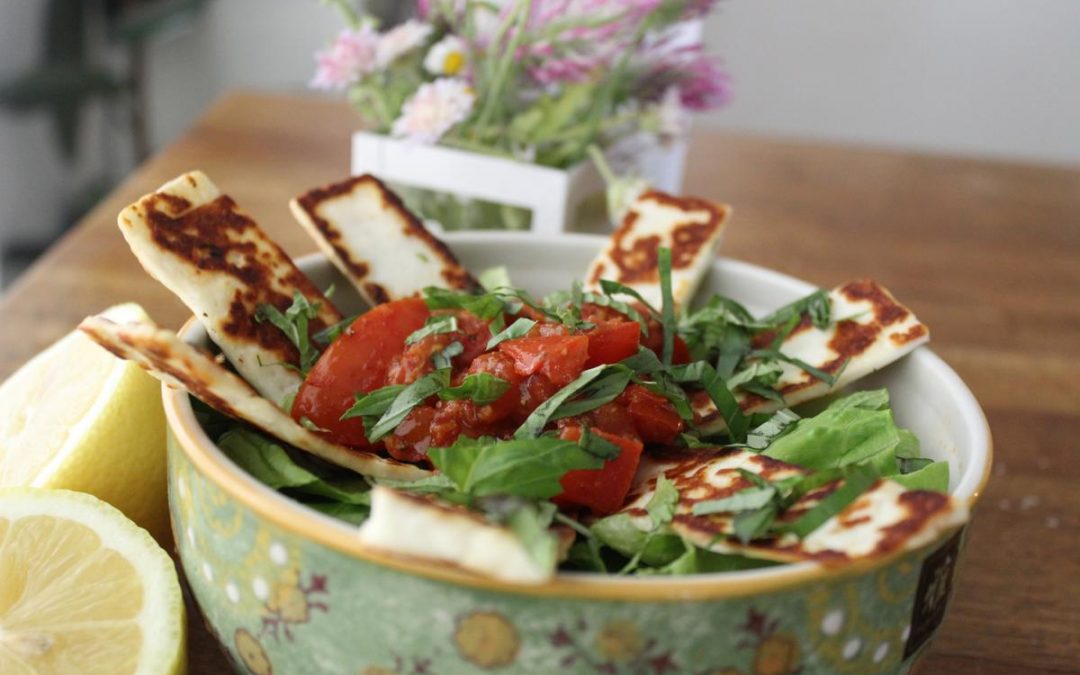 Halloumi cheese is just so so good. It is best to eat it fresh from the pan but also is great the next day at room temperature. 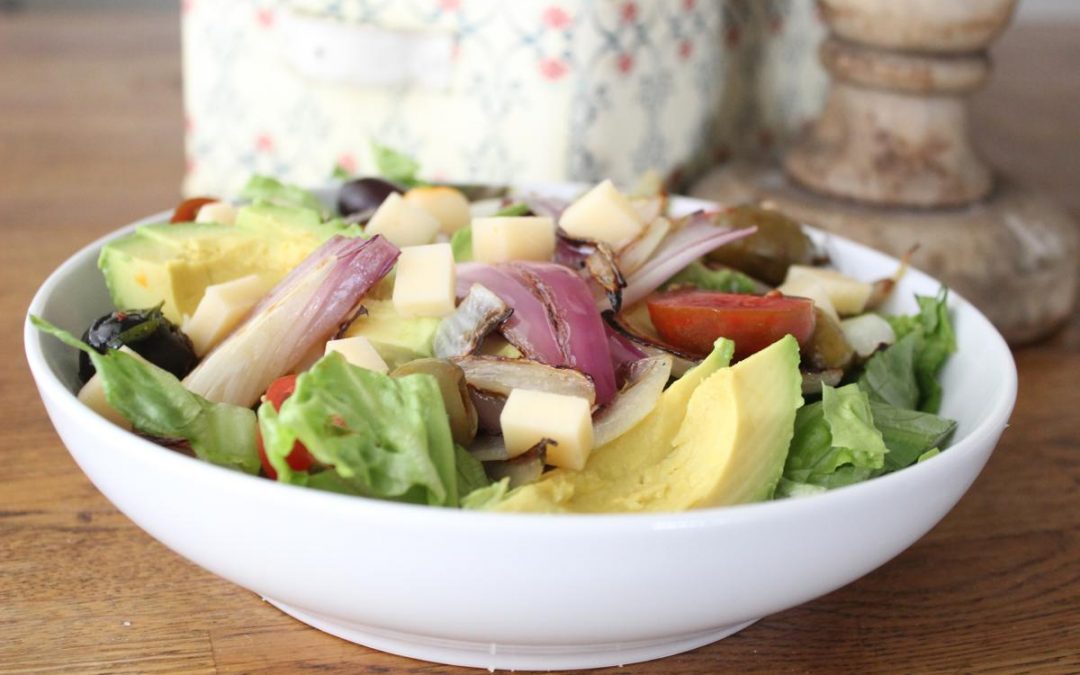 I know that grilling onions seems like an extra step, but I promise it’s worth it and is so quick! I like to make double the amount and have for future salads, eggs, sandwiches or pastas. 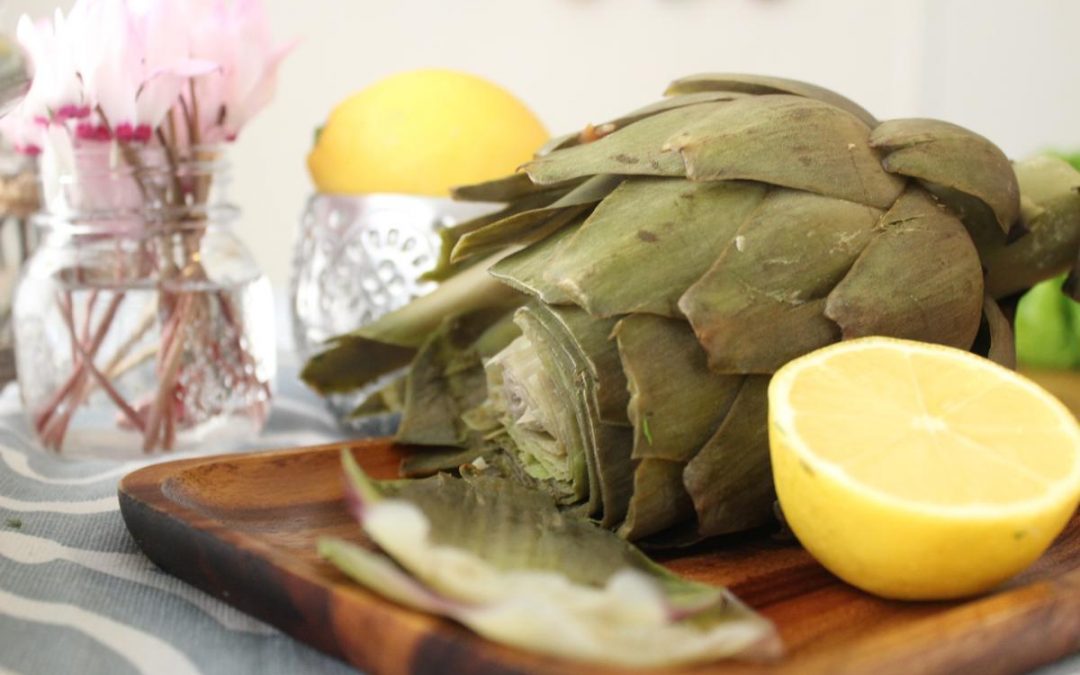 I like boiling artichokes the best because the cooking method is full proof but they do lack flavor so be sure to add the right amount of salt and spices.